My school was doing some Renovations, when I was attending my high school years. While the renovations were happening, my friends and I were forced out in a modular building. There were only a couple of Modular Buildings, so the people who got stuck and then we’re kind of known as the worst like types of people. The worst thing that actually happened was being without the air conditioner during the first couple of months of school. That was when the weather was actually the warm as it could be and there was no temperature control to help out with the awful awful warm air. The people I was with and myself occasionally thought that they would come out to help us with the indoor air quality, but no one seemed to care about the people out on a modular buildings. We were so happy when the school was finally finished with all of their results, because it meant that the people in addition to myself could go back into the rooms like we once did. After that, no one said much about the lack of heating, ventilation, Plus even the air conditioner seem to be without the proper amount of power to properly cool down the right amount of people. It didn’t take long before the school finished everything, then those people were back to the drawing board trying to figure out a new way to tear up the gymnasium on the other side of the school. That would mean a complete overhaul of the entire air conditioning, ventilation, and gas furnace. 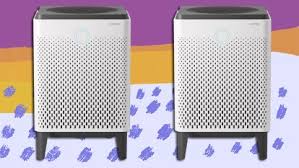