I labor in a restaurant that many claim to be the best in the city! I recently graduated from cashier to cook, so I have to admit the position is more prosperous and more fun! It’s not that I didn’t want to be a cashier – I’m not anti-social or anything! I have plenty of fun with fellow employees in the back as the group of us make the pizza dough. Our employer is a straight up expert from Sicily, so you have to earn her trust to be allowed to be involved in the pizza making process! We use those old brick ovens in our restaurant, and the pizza making process is a labor of love without question. It can also cause a whole lot of heat to build up in the kitchen, so those kitchen can be absolutely warm and very sweaty in no time. We have a pretty nice and fairly reliable A/C system that kept it at least bearable back there, but recently it went on the fritz! Our boss did not seem to mind it so much, as she was bare-bones kind of person. She did see that the rest of us suffered from the heat, so she bought a few fans to set up in the kitchen. We eventually had to make it clear that this wasn’t going to cut it in place of a real air conditioning system! Then, she made arrangements to have a Heating plus Air Conditioning business come out as well as take a look at the system. It turns out, it was a simple fix that only took an afternoon to address! She likes to exhibit this tough-chick persona, but we could tell that even our employer was relieved when the a/c kicked back on. Who wouldn’t be? 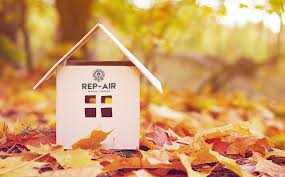