Lately I’ve been noticing that my home has this weird, ammonia-like smell that can certainly sour my mood. I had friends over to watch the game last weekend, and within minutes of arriving at my place, all of them asked me the same question: “Dude, why does your home smell like a litter box?” Apparently I was pretty nose-blind to how intense the smell was! Embarrassment aside, I realized I needed to something about the A/C and soon! I reached out to my local HVAC repair serviceman, and asked for their advice. It was a lucky guess for me to reach them first, since I suspected my home’s A/C might have something to do with the stink. They told me that I should have a serviceman come by and check out the system, as there might be something in the ducts that shouldn’t be there. That was their polite way of telling me that there could be something dead in there! When the serviceman came, I was nervous to find out what animal could have  found their way into my air duct. The HVAC serviceman found an access point where he could check into the air duct, and he found nothing. I was confused, and didn’t understand what the problem could be! Then, my serviceman showed me the air filter that I had neglected to replace in the past months! As soon as he pulled the air filter out of place I could smell that strong ammonia smell again! The serviceman explained that we naturally shed skin, and the A/C can pick up all that skin as it gets stuck in the air filter. As it builds up, the smell of decomposed tissue gets stronger – and that’s where the smell came from! That’s the last time I’ll ever have my air filter go more than a month without rotation! 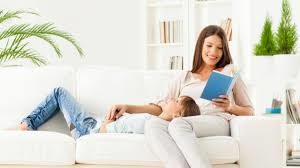