I hated going to the doctor’s office.  I don’t like having to sit next to people.  I always try to sit in a seat that has no one near me, because people gross me out.  I don’t like the way people smell. They either have too many scents on, or they should have more scent on.  I can feel the heat coming from their bodies, and I want to turn up the air conditioning. Last week, I had to take my daughter to the optometrist, and I dreaded going in there.  I knew that I would be there for at least fifteen minutes, sitting in the lobby, and filling out their silly paperwork. The lobby was so cold that I was shivering. I was wondering why the air conditioning was set so low, but at least it was clearing out the smell of the people.  I thought maybe I wasn’t the only one with an aversion to people with odors and body heat. When we got back into the exam room. It wasn’t cold but it was too warm. I thought I was in a bad version of Goldilocks. I checked the thermostat and I turned it down a bit, so my daughter wasn’t sweating.  When the doctor came in I told him about the thermostat and he told me it was fine. He said they had Zone Control in the office, and he just went by what the last doctor in the exam room had set on the thermostat. He could have cared less either way. We got the prescription for my daughter’s glasses and we headed home to inquire about Zone Control for our home. 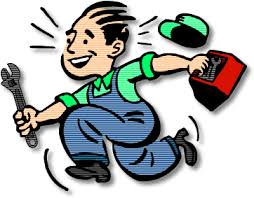