My friends have teased me over the years, and accused me of being absent-minded. I wouldn’t say that I’m absent-minded, as much as I am ditzy and prone to injury. When I was younger, I bought a bicycle from a guy on craigslist, and didn’t even realize there weren’t brakes or even a chain on the bike until I got home with it. As you can imagine, I got a lot of heat for that from my friends! Well, that doesn’t compare to the heat I got when I nearly burned my house down with a space heater! How does this happen? Well, it began with me going to the hardware store to pick up a space heater for my home. My central heating and air system broke down during the first week of Winter, and the repair bill was too costly to pursue now, so I settled for a cheap electric space heater to use in whatever room I’m in at the house. At first, this thing was a lifesaver! It was a tiny little machine, but it worked incredibly well to heat the bedroom and living room as I occupied those rooms. Then one day, with the same sound judgement I always have, I decided to bring the space heater outside and set it on my back porch, which is more than double the size of my bedroom and covered with screen windows. Resting the space heater on the opposite side of the porch away from me, I sat down in a lawn chair and read a book. Twenty minutes later, I noticed the porch was considerably hotter than usual. I looked over the ridge of my book and saw that the space heater caught fire! I stood for a minute, awestruck, before quickly running inside to flip the breaker switch for my back porch and grabbing a fire extinguisher. By the time I made it back outside, the wall behind the space heater had caught fire! Spraying the wall and heater with one hand and dialing 9-1-1 on my phone with the other, I nearly saw my house burn down in a matter of fifteen minutes. When the fire department arrived and declared the scene safe, the lieutenant promptly warned me about using a space heater outdoors. Lesson learned! 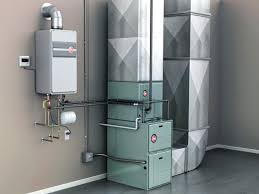