When my partner Mackenzie & I first moved into our home, we were bummed about the boiler system; The boiler was located in the basement, however it was huge, rusty & ugly looking. It took half the basement up & did not look like it could heat at all. What was the worst is that the residing room floor had a bunch of grates in it to allow the heat from the boiler to rise up. Mackenzie & I thought it looked so cheap. We wanted to patch the holes up, get rid of the boiler & get a classy gas fireplace! Since she & I were newlyweds, we could not afford an up-to-date furnace plan & a totally rework of the house. After 1 Winter season, she & I were thankful we had left the house alone. That boiler in our cabin was the greatest heating plan in the world. It was super powerful & could heat our entire cabin in under 10 minutes, and on afternoons where the cold temperatures are -10 degrees, the boiler did its task just as effectively. The many grates in the residing room were hideous. So what Mackenzie & I did was patch all except for 1. We left the largest grate that was centrally located in our residing room. Then we framed it with rugs & it did not look half bad. She & I used to stand on that grate in the afternoon before heading out to get a little heating. After the boiler died we did cover the grate & get a gas fireplace. It is not even sort of the same. The fireplace is not as effective at all. 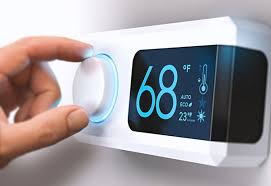