November and September might be the two most stressful months of the year for myself my family as a homeowner.  Living in the south comes with the perks of avoiding excruciatingly uncomfortable frigid Winter time weather every single year.  I am seriously thankful for never having to shovel snow, or cut wood, or preheat our vehicle before I go to work ever again. It might drop below 35 degrees a few times a year in our region, however that’s nothing compared to the subarctic conditions our family would face for 3 to 5 months each year.  Instead of the Winter time freeze, I have the late summer, early Autumn extreme storm scare. The worst of it is worrying about a near apocalyptic scenario with a death monster hurricane blasting through our section and leveling everything in sight. I also have to worry about a stray F5 tornado ripping apart everything in a 3 mile path.  As well, all of the times in between that we’re faced with lots of rain and thunder during this several month window. Take it from me, it doesn’t take a extreme storm to knock out your power for days on end. I have sat through mild thunderstorms and watched our lights flicker on and off as the thunder receded to soft, muffled murmurs, miles away in the distance.  Even if I’m not dealing with a particularly poorly built electrical grid here, I have decided I need a storm generator to power our Heating and Air Conditioning system when the power goes out for longer than a few hours at a time. All I had to do was find a generator that had enough starting watts and running watts to power the cooling system in a power outage. The generator I obtained ended up having enough additional electricity available to simultaneously power our refrigerator, another crucial appliance to keep on at all times.  Now our fears over inexplicably long and random power outages are mostly assuaged. At least I’ll still have AC and our food won’t spoil. 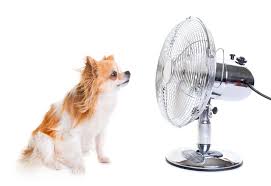