About multiple years ago now, I took my Dad to see the living nativity.  It was cold outside, as well as yet, somehow, here these people stood, with snow falling all around, reliving the first Christmas ever.  It was actually an emotional thing to see. Every one of us then went to see the beautiful living Christmas tree. After that we decided to go to the Christmas party that is held in the name for everyone in town.  They have it in the town park. Mrs Claus as well as all of the festive elves are walking around, handing out ornaments to everyone, as a gift from them to the joyous townspeople. I was impressed with the entire thing, however my Dad was shivering.  I was sincerely surprised to see they had an old barrel fire for people to kneel around as well as to get properly warm. They also had a fireplace lit to help with some warmth for the people. There even was sizzling chocolate as well as cookies, supposedly made my Mrs clause, that were free at request for anyone who wanted.  I was more intune to using the warmth of the fireplace. My dear old Dad took up a seat on a single of the rockers that was arenad by the fireplace. She got back and was able to listen to Mrs Claus tell stories to the children, as well as I noticed she had a very large smile on her face. She told myself and others later, that sitting by the fireplace, in that single rocker, reminded her of when she was a child.  She would sit in her mother’s rocker, while the old wood burning fireplace kept them warm. They would sit as well as listen to all of the same old Christmas carols playing on the stereo, while the stereo announcer provided updates on Santa. 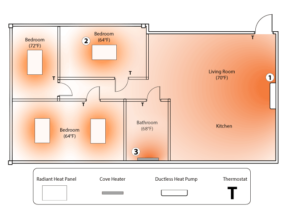