Growing up down south was entirely  difficult. If not for A/C I suppose it would have been almost deadly at times.  This is because I suffer from dust sensitivities & heat sensitivity. The air condition helped to filter out pollen & dust that would have caused serious breathing problems & also lower the temperature & humidity in the house.  Once I was old enough, I decided to relocated up North to try & escape the horrendous weather down south. I figured it would be better to deal with the snow & freezing than to live, confined to our home, just to survive the never ending heat & humidity. The first few years were really superb & I was able to enjoy being outside more.  As the years have gone by, the summertime temperatures have begun to creep up & I almost suppose appreciate I am living down south again. This past summer time was the worst! We have average temperatures in the upper 72’s & almost ninety percent humidity on most days. Night time temperatures were only dipping into the 78’s & the humidity just didn’t give us a break.  This is entirely frustrating to myself and others as I am now, trapped in the summertime & the Winter with our Heating, Ventilation, & A/C method running. I had to purchase a modern a/c this past summertime & this was an expense that I was not prepared for. My dust sensitivities have become worse as the temperatures have escalated & I suppose appreciate I moved for no reason.  After all, our main reason for relocation was to not have to live in a climate controlled house year round, & now I have the same situation. 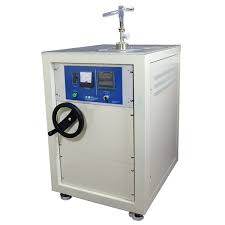