I don’t think I’ve ever said this before in my entire life… but I went to the movie theater last night, and I didn’t hate every second of it! I’m not even mad that I gave them $12! I don’t think this has happened since I was back in middle school, and going to the movie theater was literally the only option. Ever since then, I’ve had a pretty poor opinion of the whole ordeal. What’s so bad about it, you ask? Where to freaking start!? It’s expensive, they serve crappy snack foods, and nearly every movie is disappointing. Worst of all, the HVAC system is always all jacked up! For whatever reason, every theater believes in cranking their AC as high as it will possibly go. I don’t know what the logic is behind setting the cooling system to level 11. It’s not like anyone is working up a sweat with intense physical activity or anything like that; we’re all just sitting perfectly still and getting blasted with freezing cold air the whole time! As if the low air temperature isn’t terrible enough, then they employ massive overhead fans in the theaters so that there’s an arctic draft for the whole movie! Every time I am forced to go to the theater, I bring three extra layers of clothing so I can bundle up against the ridiculous central cooling system settings. I’m still always cold! Thank god, last night the theater’s entire HVAC system was busted! When we walked in, people were complaining loudly about the moderate temperature and getting refunds on their tickets. Not me. As I sat in the completely empty theater with warm air all around for the first time ever, I was actually in heaven. 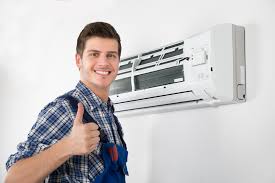