Shortly after college, I became a teacher at a private school that was just starting out. A lot of the initial teachers ended up coming from the same college that I graduated from. I really liked the principal and some of the other staff. I believed in their vision for the school, but admittedly, I was just getting my feet wet and there are a whole lot of things I wish I knew back then. Then again, I’m sure that those junior highers that I taught really wish that they knew a whole lot of things back then too. There was also another thing that we could all agree on, teachers and students alike. The modular buildings that we started out using for classrooms on the school property were not the best of accommodations. They were small and restrictive, and we ended up having quite a large amount of students, despite the small size of the school. There was another issue that was HVAC related. The only things we had to keep us cool in the summer was window mounted air conditioning units in those modular buildings. When those things broke down, there was really nothing we could do except open a door, and that did not help all that much. I can’t tell you how much more difficult it was to teach a lesson in the heat, and I didn’t really blame the kids if they were having difficulty paying attention as well. We would have the groundskeeper come in and try to bang those window A/Cs back to life, but it hardly ever worked. The school is a lot better off these days, I hear, and they have real buildings and excellent air conditioning, but those first years were tough. 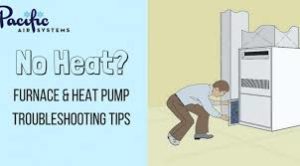