My first professional job was offered to me after I graduated from university. The one catch was that I would have to relocate to a city that was far from my home.After give it much thought, I decided to take the job to see what the position would bring. I was gleeful to move into my new condo when the time finally came. As was moving in I received information about the homes there. Due to the moderate temperatures there for most of the year, several of the homes & apartments don’t have air conditioners.

I was surprised because I had moved from a place where the summertimes were blazing hot, so people needed air conditioners. I thought that it would be hard getting used to having less control over the temperature of the house, but I hastily realized that I didn’t notice that there wasn’t a cooling idea in the house. The only times I really missed the air conditioner were in the evenings. I was used to always turning the air conditioner on before getting in bed so that I could have  the cool air on me while I slept. But that just wasn’t available anymore.

Besides the air conditioner situation, I adjusted to living in my new surroundings very well. I ended up spending numerous years there before I moved back nearer home. I wouldn’t trade that experience for anything. I must say that now I’m back in my element, I thoroughly enjoy being able to adjust the temperature in our home. I like having control over that. 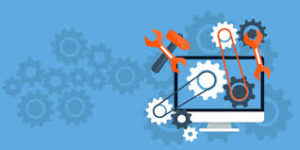