When our Heating, Ventilation, and A/C plan failed in the Winter time months, I already knew that I was going to hear an earful from my spouse about the issue, but sure enough, she blamed me for all of this and said she told me to get the tune-up for the furnace back in the fall months. I knew she was right, however what was all the use on fighting about it now? The damage had already been done and both of us just had to focus on getting the heating plan working again before we both froze to death. When I contacted the Heating, Ventilation, and A/C supplier they said they couldn’t come out to work on the furnace for a few days due to their schedule. So I had to set up a few space oil furnaces around the home in hopes that the pipes wouldn’t freeze. It was still incredibly frigid in the home so both of us ended up having to stay in a hotel. After a few hours at the hotel my spouse was still giving me a hard time about it all, despite the fact that I told her to just to act like his hotel is a little vacation from home! I said both of us should try to just relax, enjoy it all instead of focusing so much on all the problems! She finally gave up on the complaining and both of us were really able to have fun for once. I took her out to eat a couple of times and she really apologized for everything she said. While she said I easily should have listened, she was right but that wasn’t going to change now. She just hoped that I understood and I received my mistake, and never go into the Winter time season without getting our HVAC technician to do a tuneup. 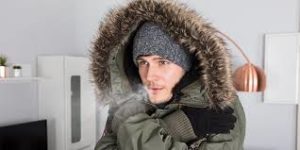