My college ran this program after the end of the school year called job crew.  Essentially, if you were hired for job crew you’d get a dorm on campus to stay in & be paid a salary to do simple prepping rooms in the residence halls for the following year & doing yard work to aid the grounds staff.  My acquaintance Scout did job crew every warm season & loved it. He formed a close bond with most of the other students who also did it every year & they would get-together to cook burgers & have beers in the evenings after long tiring days of painting dorms from 8am to 4 or 5 pm.  Scout said everything was just perfect short of 1 year when the air conditioners had to be serviced in the only available residence hall for the job crew students in; so, that meant that they would have to deal with 4-5 weeks of horrible subtropical mid warm season heat without air conditioner.  The HVAC crew in the college kept promising them month after month that they would shortly have all of the units put back together. That proved to be an outright lie for numerous solid weeks until an outside Heating plus A/C team were hired on a random Wednesday afternoon & got everything put back together & had the air running cold in the rooms before they left that evening.  My acquaintance said he didn’t think how he could endure trying to work all day and sleep without a/c even one more night. When the AC’s were back up & functioning properly, all of the students on job crew got together & had a loud and fun get-together to celebrate. The college promised to have all the air conditioners entirely working each warm season in the future. 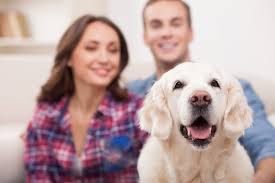