I live in a state that sees freezing winters. We also have pretty hot and muggy summers as well. People in my state all have HVAC systems in their home. Not everyone has air conditioning in them though. I personally am a fan of HVAC systems with air conditioning. Like I said, where I live the summers are pretty hot at times, so being able to turn the air conditioner on while I sleep just to be comfortable is something I need. I don’t think I could live without it! Others that live in the same state don’t seem to agree. In fact, I started asking around, and I was surprised to find that the opinions on this were different. Several have swimming pools, which replace the need for air conditioning during the summer. Others didn’t like the feel or the environmental impact of HVAC units. Still more had no opinion on the issue! I never would have guessed that I was actually in the minority as far as opinions go on this! It doesn’t really make me feel bad about my air conditioning use. Though I do with a more environmentally friendly way, I could still have my cozy cool evenings. Hopefully in the near future this will happen. I’ll be one of the first to buy that HVAC model! But for now I just have to deal with the guilt. At the same time, I can sleep well at night without waking up sweating every few hours. If the guilt keeps waking me up more than the heat, then I’ll give up my air conditioning if I have to. 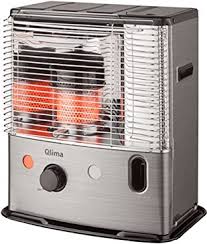